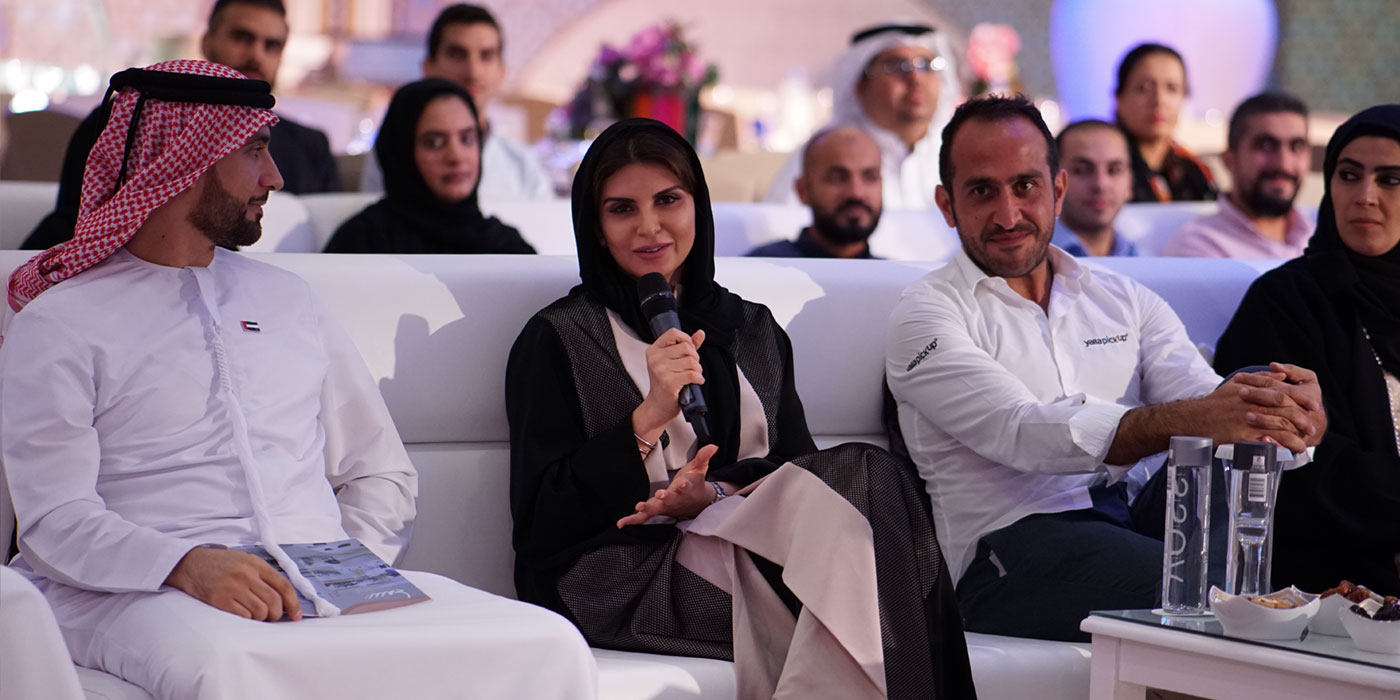 Sharjah’s entrepreneurial ecosystem is thriving, but we can – and will – do better.

This was the takeaway from Sheraa’s Ramadan Majlis, which took place at the Kahraman Hall in Al Jawaher Reception and Convention Center on Tuesday night, June 6th.

Held in collaboration with the Emirati Entrepreneurs Association, the Majlis invited over a hundred current and aspiring entrepreneurs to be part of an open discussion on the ecosystem, under the patronage and in the presence of Sheikha Bodour Al Qasimi, Chairperson of Shurooq and of Sheraa.

“Small and medium enterprises are considered a pillar of a country’s economy,” said Sheraa’s General Manager Najla Al Midfa in Arabic. “And I am hopeful that your presence here tonight will be a source of inspiration to the future generation – future generations – of entrepreneurs.”

Sheikha Bodour also welcomed the guests, speaking in both Arabic and English and encouraging everyone to share their thoughts in whichever language they were most comfortable with.

The ultimate aim of the panel and open discussion – both moderated by Haza Al Mansouri, consultant and media personality – was to generate ideas on what was needed to truly build a network of support for anyone wishing to start a business.

Dr. Shayma Fawwaz, founder and CEO of Gossip the Brand and one of the speakers on the panel, emphasized the need for entrepreneurs to stay connected instead of in their own business bubble, and to communicate with and learn from each other.

Education was certainly a recurring theme throughout — one guest stressed the need for entrepreneurship courses in schools and universities, while fellow panelist Khalifa Al Jaziri noted that if institutions such as Sheraa – with its focus on skill-building – existed when he was a student, he would have been successful much sooner.

Outside of structured classes and workshops, many mentioned the importance of mentors to help guide people on their entrepreneurial journey. Dr. Fawwaz and Elie El Tom, founder and CEO of Yalla Pickup, both credited having mentors as being instrumental to their growth.

Al Mansouri agreed. “There are people who are looking for ideas, and there are people who have ideas but they need someone to develop their idea with them,” he said. “Which is why I think having consultants and counselors is extremely important to help nurture them.”

Another key issue was the need for exposure in order to generate sales and grow one’s business.

El Tom and Hanin Hazeem, co-founder of JuxtaPiece, separately noted that support for up-and-coming SMEs could be improved. Already-established entrepreneurs and businesses should be more welcoming of new startups, and use their influence to lend a helping hand wherever possible.

“Every quarter or so there should be a list sent to the government and to larger organizations of all the SMEs in different sectors ,” suggested Marwan Al Sarkal, CEO of the Sharjah Investment and Development Authority (Shurooq).

The list would help raise awareness of these young companies and to give them a chance to expand their clientele because more people would be aware of their existence. Otherwise, Al Sarkal noted, everyone will continue to stick to the same companies they always use, despite there being “no harm in hiring a small company.

“Funding isn’t the solution. Your sales will be.”

As for what the future holds for young entrepreneurs, I leave you with wise words from Al Sarkal.

“I believe that in the journey of entrepreneurship, there’s a long road ahead, and on this long road not everyone can make long term strategies and plans and visions and all that, because everyone’s goals change with time, with economic shifts, with changing political realities. But this shouldn’t mean that every time there’s a bump, you stop.